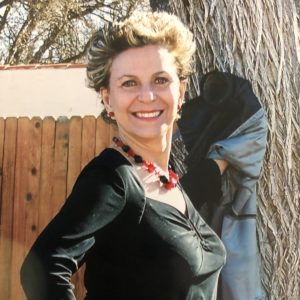 I came to Sedona in 2000 with the Buddhist Community with which I stayed for 18 years, 10 of which I was a nun. After I left my ordination I felt the need to be of service empowering people like my teachers did with me.

In 2001, I started as a volunteer counseling battered women at the Verde Valley Shelter, I continued studying Psychology.
In 2002 – 2011, I was CEO Director of Education of The Latin America Center, building bridges between communities and with the support of the City of Cottonwood I counseled Hispanic families / individuals.
In 2002 – 2004, I worked at the YES Program from the Verde Valle Sanctuary as a prevention specialist counseling as an outreach to the Hispanic Community in 6 different schools of the are.
In 2003- 2011, I was hired by TASC and Sedona Pathways to Counsel groups that were Court Mandated for Domestic Violence, Alcohol/Drug Abuse.
In 2004-2007, I worked for the SedonaMagistrate Court as Interpreter.
In 2005, I met Adam deArmon Yellow Bird with whom I had a great spiritual connection and had the fortune to be a close participant of this Magnificent Indigenous Spiritual Community that has completed my vision of living a life of Integrity and mission.

At the present moment I work as an Interpreter at Spectrum.