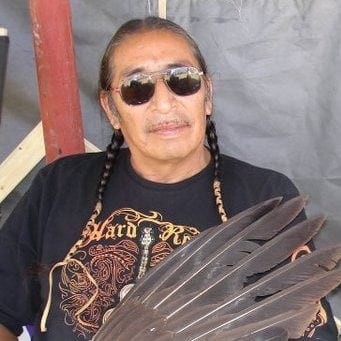 My name is Dave Swallow Jr. That’s a Christian name. And my Lakota name is Wowitan Uha Mani, Walks With Pride. I’m a Lakota. And althrough the Bureau of Indian Affairs and to all the way to Washington, the War Department into the White House, I’m known as U22981. That’s me. And I live on the Pine Ridge Indian Reservation [South Dakota]. I was born and raised there. Pine Ridge Indian Reservation is United States Prisoner of War Camp Number 344. That’s where I was born and raised.