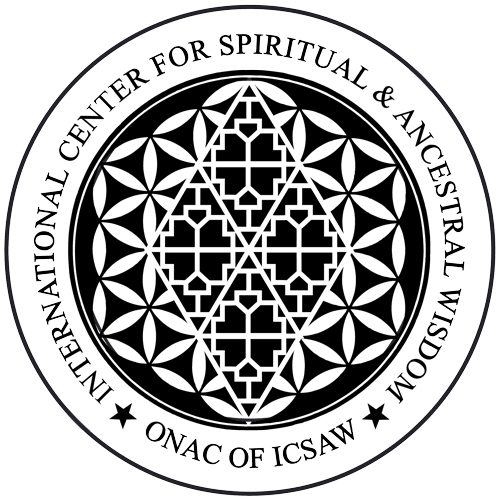 The world–wide Oklevueha Native American Church (ONAC) and its Branches are dedicated to the revival and preservation of Ancestral Indigenous Native Earth–Based Honoring Cultures, Religions, Lifestyles, Sacred Rituals, Healing Sacraments and Loving Humanitarian Codes of Ethics and Conduct that protect Mother Earth and all of her living beings from desecrations, pollutions or abuses for economic gains.

Oklevueha Native American Church and her branches accept all natural organic plants as Healing Sacraments. These plants have been used for thousands of years and are central to our established religious beliefs and sacred ceremonies. These include: a. Peyote – the significant Indigenous Earth–Based Healing Sacrament (Eucharist) for this church. b. Any other Indigenous Earth–Based Healing Sacrament (Cannabis, San Pedro, Ayahuasca, mushrooms and etc.) that has been found to benefit the health and welfare of recipients, so long as it does not place them in harm’s way. NOTE: ONAC requires prior approval for any ONAC Medicine Person or branch wishing to lead any Ayahuasca Healing Ceremonies.

Spiritual Facilitating Leaders (Medicine Man/Woman) of Oklevueha Native American Church are known by a variety of sacred callings: Chasta, Clergy, Curandera, Doctor, Elder, Mara’akame, Reverend, Roadman, Sacred Prayer Pipe Carrier, Water Pourer, Shaman, Indigenous Ceremonial Leader, etc. Those who are guided by Great Spirit and who are experienced in some Ancestral American Native Spiritual Empowering and/or Healing practices and who act to facilitate the spiritual practices of others are honored with these titles.

An Oklevueha Native American Church Medicine Person (Spiritual and Indigenous Ceremonial Leader) need not claim exclusive or definitive knowledge of his or her practice, since wisdom and competencies are frequently developed over years of observation and experience but must be approved to do this work either by their branch leadership council or by the leadership of ONAC. Responsibility to assure that those who act as ONAC Medicine people (Spiritual and Indigenous Ceremonial Leaders) are trained, responsible and have the wisdom and integrity to conduct ceremonies and those who choose to work with sacraments rests with the branch leadership. (See special NOTE on those who choose to work with Ayahuasca sacraments above.)

“Do No Harm to the Spiritual, Mental, Emotional and/or Physical Being” of any of our Earthly relations. It recognizes that each healing and empowering modality is intended to promote the optimal health and well–being of the participant. It believes that all forms of care can be incorporated into empowerment and/or healing for all of our relations, in a complementary and integrated manner.

Oklevueha Native American Church makes absolutely no claims about being in authority or having the ability to conduct saving ordinances. Oklevueha Native American Church is part of an indigenous Native Spiritual Earth Based Healing and Empowering International Collective that serves individuals and the wider community whenever and wherever an ONAC member resides. ONAC is authorized to do this sacred work by a special blessing from both Leslie Fool Bull and Richard Swallow of the Lakota Sioux nation.

Oklevueha Native American Church is committed to growth by attraction through service rather than proselytizing for membership.

All Oklevueha Native American Church Indigenous Ceremonies of North, Central and South America (Birth, Breath, Holy Anointing, Marriage, Passing Over, Prayer Pipe, Sacrament, Spirit Dance, Sun Dance, Sweat Lodge, Earth Connecting Ceremonies and Vision Quests) may include or facilitate extreme mental, emotional and physical transformations. Therefore, when a member chooses to participate in any Ancestral Indigenous Earth–Based American Native Ceremony with the assistance of an Oklevueha Native American Church Medicine Person or Spiritual Leader, both take on special responsibilities and understandings. Both members and facilitating leaders should be aware of their responsibilities and those of the people they are working with.

A1) INSPIRATION AND CHANGE.

Efforts should be made to ensure that Oklevueha Native American Church Spiritual Practices are always inspired and conducted in ways that respect the common good, with due regard for public safety, health, and order. Medicine People shall use special care in assisting the direction of energies of those whom they serve, as well as their own energies, in responsible ways that reflect a loving and respectful regard for all life.

Disclosures previous to ceremony shall include, at a minimum, discussion of any elements of the ceremony that could reasonably be seen as presenting physical or psychological risks. In particular, first time Authorized Participants must be advised that American Native Ceremonies can be difficult and dramatically transforming.

The Medicine People will monitor the Health and Safety of participants during the ceremony and the few hours of vulnerability that may follow a ceremony carefully and with reasonable preparations. They will also insure that all those who participate in ceremony or personal counseling where controlled substances are present are members of Oklevueha NAC. If the person in question does not have a valid membership card, the leaders/medicine people will verify the standing of the person in questions with the main office of ONAC before allowing them to participate.

Oklevueha Native American Church ceremonies are to be conducted in the spirit of service. Medicine People accommodate Members and Authorized Participants without regard to race, religious affiliations, gender, cultural background, financial status, and/or political affiliations.

Oklevueha Native American Church Medicine People are aware during ceremony that Members and Authorized Participants may be especially open to suggestion. Medicine People pledge to protect participants and not to allow anyone to use that vulnerability in ways that harm themselves or others.

B1) PREPARATION AND SAFETY.

Often, the increased awareness gained from American Native Spiritual and Indigenous Ceremonies will catalyze a desire in the participants’ lives for personal and social change. In most cases, these changes should only be made after deep introspection and consideration as to how they will affect the other beings connected to the participant.

ONAC Members agree to assist the Medicine People in monitoring the Health and Safety of all participants during the ceremony and the few hours of vulnerability that may follow a ceremony.

B5) CONSENT OF PARTICIPANT.

The autonomy and dignity of each Member and/or Authorized Participant are to be respected and preserved by Oklevueha Native American Church Medicine People and Indigenous Ceremonial Leaders. Participation in any Oklevueha Native American Church Ceremony must be voluntary and based on prior disclosure and consent given by each participant while in an ordinary rational state of consciousness.

For ONAC Leaders and Members

Oklevueha Native American Church Leaders and Members agree to conduct themselves in ways that cultivate awareness, empathy, and wisdom for all Members during ceremonies. ONAC Members also agree to respect, empower and continually support the ONAC Medicine People and Indigenous Ceremonial Leaders as they serve the ONAC Community.

Limits on the behaviors between ONAC Members and ONAC Medicine People and Indigenous Ceremonial Leaders are to be made clear and agreed upon in advance of any Indigenous American Native Ceremony.

Those under 18 years old will not be admitted to ceremonies where controlled substances are present unless all of the following requirements are fulfilled. A) The medicine person gives specific permission for their attendance, B) A parent or legal guardian attends with them and takes full responsibility for their care and well-being, C) The minor person is a member of Oklevueha NAC, and D) A document stating these things is signed by all affected parties.

Cultural / religious customs and confidentiality of all participants are to be accepted and honored by all ONAC members.

Oklevueha Native American Church has zero tolerance for and abhors any manner of physical and/or sexual abuse of any under aged person, and any abuse and/or exploitation of ANY person in any physical and/or sexual form. The violation of this fundamental Ethic by any ONAC member will subject the violator to the full consequences of the Laws of the Land.

Members of Oklevueha Native American Church agree that any substance admitted into the body may be considered to be a sacrament. Some of those substances have the potential to be harmful if inappropriately used. The Oklevueha Native American Church does not approve of the utilization of any sacrament in a manner that would be likely to cause harm to one’s self or to others. Therefore, members agree that “Controlled” substances must be used under the direction of ONAC Medicine People (Sacramental Ceremonial Leaders) to be legally protected. This direction extends to their personal private use when not in ceremony or direct contact with the medicine people. Members agree that sacraments/medicines should always be stored in such a way that they are not available to those who are not members or are not under the direction of medicine people. Personal or recreational use of any controlled substances is not encouraged and may remove some legal protections unless such is indicated by the member’s spiritual advisor or medicine person as being part of their spiritual and healing practice. If the leader does make such indication, they share in the legal responsibility for such use.

Oklevueha Native American Church ceremonies are to be conducted in the spirit of service. ONAC Members agree to participate in ceremonies respecting all participants and leaders without regard to race, religious affiliations, gender, cultural background, financial status, and/or political affiliations.

Members and branch leaders including medicine people do not have legal standing to represent or involve Oklevueha Native American Church (ONAC). NO legal actions (including lawsuits, civil actions, and legal complaints, among others) taken by members and leaders can indicate that the church is part of that action. Any situation where legal actions require the involvement of ONAC must be handled by ONAC and by their legal representatives. Any legal action that includes the word “Oklevueha”, even when the word is part of the name of the branch, must specifically indicate that the action is being taken by the branch and not by the general church or its leaders or members.

Thanks for taking the time to fully read the Code of Ethics.